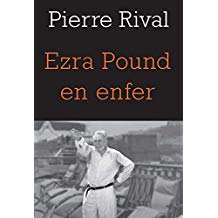 Archie Henderson and Roxana Preda. Ezra Pound Scholarship in English: 2020-1986.
Members please log-in and look for it in the top menu: Scholarship. Go to bibliography.
(Bibliography for 2020 in free access: last updated 8 April 2020) 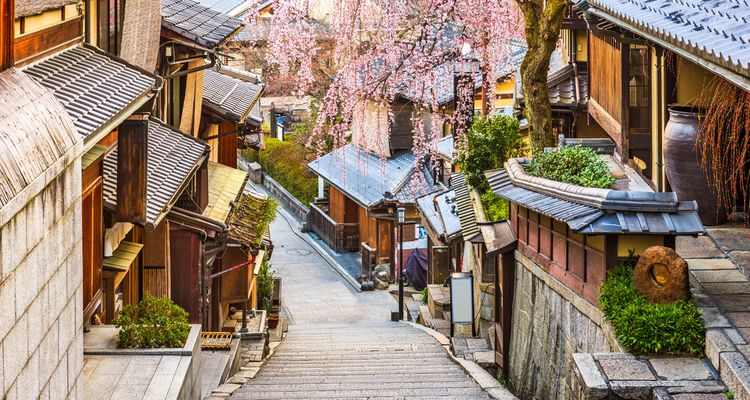 Ezra Pound and Neo-Platonism by Peter Liebregts. Fairleigh Dickinson UP. 2004.

(Originally published in part, in American Literary Scholarship 2004. Duke UP. 2005.)

Peter Liebregts’ masterful Ezra Pound and Neo-Platonism (Fairleigh Dickinson) is not a monograph; it is one of the most comprehensive readings of an important facet—perhaps the most important facet--that Pound ever attempted. When he opens by saying that “This book is a study of Ezra Pound’s explicit and implicit use of elements of the Neoplatonic tradition in his prose and poetry and of the way it informed his poetics as well as his political and social-economic views” he’s not overstating his project, which is to “look at Pound’s use of Neoplatonism in toto, not only in The Cantos.” As is well known, the image of light suffuses Pound’s poem, and the Neoplatonic connection has long been acknowledged; it just turns out that there is so much more to say. Pound’s reading in Neoplatonism began early and never ended; it’s a worldview, a way of being, an attitude towards existence. Indeed, Liebregts’s Pound is “permeated’ by Neoplatonism as other poets are imbued with Christianity; Plotinus and company are in evidence from the first poem in A  Lume Spento, “Grace before Song,” and they will accompany him to the end, like “a rushlight/ to lead back to splendor”—the final lines of Canto CXVI. The lines are, in fact, a condensation of Plotinus’s final Ennead, almost a response to it. In poem after poem from 1908 to 1966—including virtually every Canto-- Liebregts is able to show Neoplatonic influence at work.

A Hollander by birth and a classicist by training, a Professor of English at Leiden, Liebregts is uniquely qualified to assess Pound’s idiosyncratic appropriation of Neoplatonism as is shown by his own translations of the primary texts in Greek and Latin and the impressive range of secondary source material in French and German, which are especially necessary in assessing the Neoplatonic tradition, since much of the commentary available to both Pound and us is not in English. As well, he provides his own translations of Pound’s Italian—one is tempted to think of Liebregts himself as an exemplary embodiment of ‘the mind of Europe’ to whom Pound was speaking—even as he addressed its American variant.

Liebregts’s work is in the line first laid out by Leon Surette’s A Light from Eleusis and followed up by Demetres Tryphonopoulos in The Celestial Tradition, but it is a far more comprehensive, systematic and above all, philosophical work than that of the Canadian scholars. Specifically, this is not a book about the occult so much as an intense seminar on Pound’s appropriation of a certain way of reading Plato retransmitted through the Arabs to the medieval world and reinvigorated by the reintroduction of Greek literature into the west after the fall of Constantinople. Throughout, we are treated to lectures on Neoplatonic philosophy and its variants in the Church fathers and in medieval thinking. We learn Plotinus, Porphyry, Plethon, Eriugena, Occelus, Richard of St. Victor, Appllonius of Tyana, Pseudo-Dionysius and many others, as well as getting in-depth introductions to the Neoplatonic resonances of key terms like to kalon, “splendour,”  “hypostasis” and the nous.   In short, this is a book about Plotinus and his followers, not Hermes Trismegistus and his followers; it’s about John Scotus Eriugena, not John Dee. Liebregts, who has written extensively on Yeats, reminds us to make a distinction between the occult and Neoplatonic worlds that is easy to forget. “The Irish poet believed in a higher reality as an objective, transcendental order and spent his days trying to define it in more specific terms […] Pound, on the other hand, did not see the distinction between the worlds of the “ordinary” self and the “real” self so much in occult terms, but rather in terms of ordinary human psychology—which is a major reason why he was not so much attracted to the system builders of the occult-spiritualistic tradition, but rather to the religiously liberal tradition of Neoplatonism. Pound was satisfied to simply accept man’s mystical leanings without trying to define or explain them in detail”(41). This is why, for example, in canto XCI, the attractive John Heydon is “polluted” while Apollonius of Tyana is “unpolluted”—the former had “watered down’ his Neoplatonism in the hotch-potch of the occult; Apollonius was purely in the tradition (309).

“The tradition,” for Pound, is the Neoplatonic search in poetry for self-knowledge through contemplation, a turning inward to the true self which is in touch with the eternal One; this zone is the Nous, the pure intellect, both thought and the object of thought, the world of Platonic Forms, an emanation of the One on one hand, the origin of the Soul on the other. For the Soul (Psyche) “is the principle of anything with a temporal life”(25) and inhabits the sensible world, the world of Becoming. For Pound, deeply schooled in Dante among others, Love is the lens, which allows one to glimpse through the sensible world into the Nous. These glimpses are epiphanic, and the particular problem in Pound that Liebregts wants to explore is the problem of epiphanies, which, aside from Imagism, are a relatively neglected topic in Pound studies because their status “is rather difficult to assess. The epiphany in Pound cannot only take various shapes, but, more importantly, one can never be certain about the ontological status of the “immediate moment”: Pound always evaded the question whether the epiphanies presented are records of “objectively” occurring events…or whether they are projections or objectifications to give his subjective beliefs…universal value… this ambiguity lies at the heart of Pound’s Modernism and may be called his Modernist “negative capability.” Liebregts does not follow up on this intriguing connection between Romanticism and Modernism—rather, he wants to show that “Pound adopted elements of the Neoplatonic tradition,” because it “offered him a framework that was flexible and malleable enough to enable him to express himself and his personal, often consciously vague, and never systematized religious and philosophical worldview without ever being forced to become explicit.”

Ezra Pound and Neoplatonism isall about how Pound made use of this tradition and how he read the world and literature through it. In so doing he managed to make Neoplatonism comport with Confucianism and even his idiosyncratic cult of Mussolini. Taking Plotinus’s allegorical reading of The Odyssey as Neoplatonic allegory in which the soul overcomes the senses to return to “the true country from whence we came” (136) as a model for the soul’s quest for the Nous, Pound  creatively misreads Dante, Cavalcanti, Confucius, even John Adams and Major Douglas as Neoplatonic sages emanating brightness. Finding a passage where Pound speaks of “Major Douglas’ realism” with Plotinian language (“man in his moods and hypostases”), Liebregts notes how “Pound connects Plotinus’s hypostases [arche] and the Neoplatonic directio voluntatis with economic analysis. This heterodox combination of  Neoplatonism with politics and economics would  in the 1930s become the kernel of Pound’s vision of life” (224). .  The ethos of The Cantos “is the translation of the Confucian-Greek ‘know thyself’ into action through the creative intelligence and by a directio voluntatis for the welfare of others and the community at large” (110).

Liebregts’ most useful achievement is showing how Pound reconciles Confucius with Plotinus, the will to self-knowledge with the will to order.  He does this through the image of light. Liebregts calls our attention “to an early draft of the Italian version of the Chung Yung: “Confucian metaphysics arises from light; therefore students should compare it to medieval scholasticism; with Grosseteste, or with the poetry of Guido Cavalcanti (in Donna mi prega)” (240).  Liebregts stresses that there is little evidence, except in Pound’s idiosyncratic reading of the ideogram ming, to stress light in Kung’s philosophy. The “metaphysical” aspect of Confucianism, such as it is, is Taoism, which Pound failed at first to understand—a school of thought overwhelmingly expressed in watery, not luminous imagery: more Hudor, less Lux. However, Confucius brings a practical ethics, the will to order, to the Western tradition. “What appealed to Pound,” Liebregts writes, “was the way Confucius had demonstrated the possibility of establishing an ideal society or paradiso terrestre” (106), which in his view is the task of The Cantos, especially after the collapse of Italy. The poet thus turned his poem into a “mirror for princes”—this is very noticeable in Rock-Drill—“by showing the lives and actions of men who have realized their Selves and have translated this knowledge into benevolent action.” In conclusion, Pound, “connected Neoplatonism (with its belief in the perfectibility of man) and Confucianism (with its claim of the perfectibility of the state) because they shared, albeit in different terms, the finding of the Self and its flowing or emanating outward.” Pound habitually linked the two systems through “the image of light” (106).

Cavalcanti’s “Donna mi priegha,” translated as Canto 36, must loom large in any such Neoplatonic approach to Pound. Thanks to Liebregts, we can see why Pound was so obsessed with it and why he needed to strongly misread it as more Neoplatonic, less Scholastic than it is: “…the poet’s interpretation of Cavalcanti led him to transform the poem into an idiosyncratic Neoplatonic treatise in which he expressed his own belief in the link between Love and the Nous” (214).  But to do this, Pound had to “eliminate from his translation almost every element verging on Scholastic thought. He took care to concede only those streaks of Aristotle, Albertus Magnus and Aquinas that would not take the poem away from what he regarded as its essential Neoplatonism. Pound thus turned his version of “Donna mi priegha” into an interpretive translation that “illuminates the Cantos (204)” as a whole. The importance of canto 36 has never been underestimated, but Liebregts better than anyone else is able to show why Cavalcanti matters and why he is a constant touchstone for Pound.