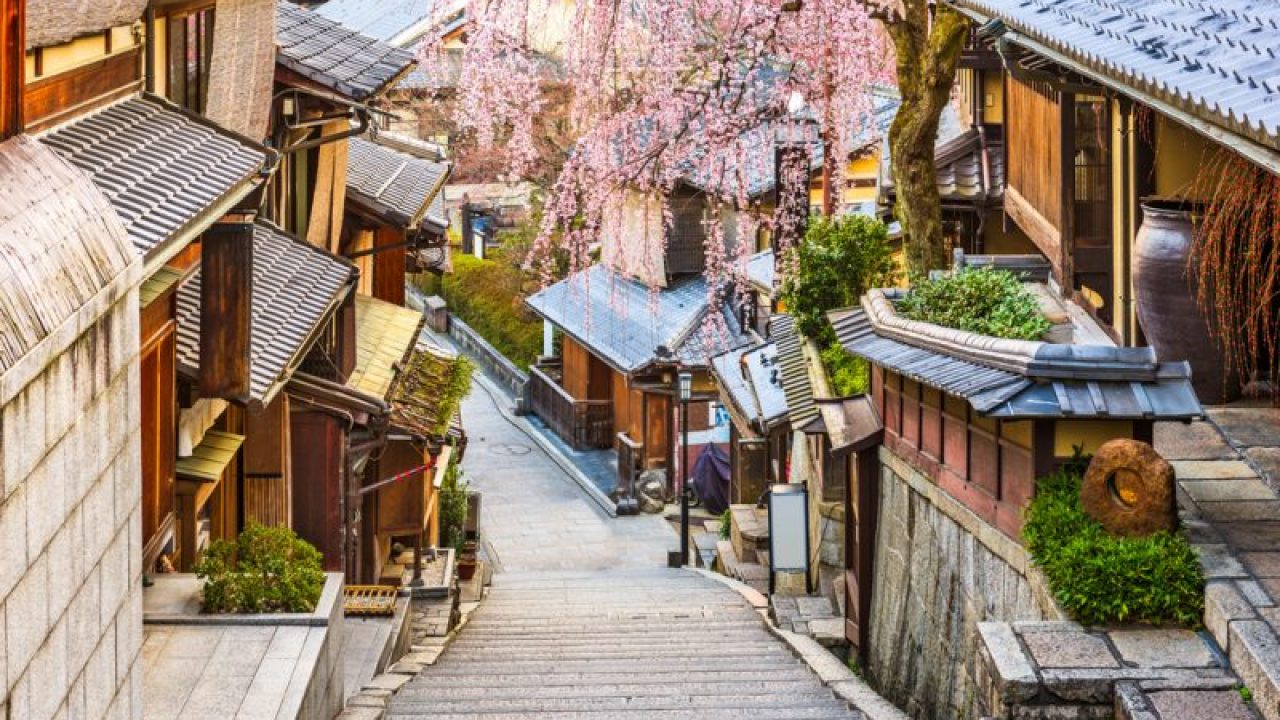 The 29th Ezra Pound International Conference will be held from Saturday, 26 June, to Tuesday, 29 June 2021 at Kyoto Garden Palace Hotel, in Kyoto, Japan. For the 29th EPIC, in addition to four days of sessions, panels and plenary talks, additional events tentatively being planned include a pre-conference reception, tours of Buddhist temples in the city, a visit to a Noh theatre for a live performance of a Noh play, and an international poetry reading. An optional post-conference excursion may also be offered to Otsu, a beautiful city on Lake Biwa, and to Nara, another old capital of Japan, with a stunning big Buddha in Tōdaiji Temple, as well as Kannon and other Buddhist sculptures in Hōryuji Temple, among other highlights.

Kyoto, an old capital of Japan, has long been recognized as the cultural center of Japan, with numerous temples and shrines, museums and gardens, keeping the cultural heritage of Japan alive. There are a number of places in the city and its suburbs that are associated with the lives and works of famous writers and artists, such as Lady Murasaki, a court lady who wrote Tale of Genji in the early 11th century, some of whose stories were later remade into such Noh plays as Aoi no Ue; Kamo no Chōmei, who, living in a ten-foot square hut in a suburb of Kyoto, wrote Hōjōki (The Ten Foot Square Hut) in the 13th century; Zeami Motokiyo, a great Noh performer who established the reputation of the Kanze school of Noh in the 15th century; and Yosa Buson, the cherished haikai (haiku) poet who lived in Kyoto in the 18th century, to name just a few. Later in the 19th century, Ernest Fenollosa, whose translations of Noh and classical Chinese poetry were to be completed by Pound, visited Buddhist temples in the Kyoto and Nara area, and his ashes are buried at a Buddhist shrine above Lake Biwa.

The theme of the 29th EPIC is “Ezra Pound and Friendship.” Despite his occasional diatribes against his foes, Pound was a man of friendship, and his friendship often instigated and sustained new literary movements. Pound’s friendships with his fellow artists of his time, such as Henri Gaudier-Brzeska, are now part of the history of Modernism, and his support for his literary friends, such as T. S. Eliot, James Joyce and William Carlos Williams, is well-recognized. As demonstrated in his correspondence with poets and artists from abroad, his friendships crossed linguistic and national borders; in the Japanese context, for example, he made good friends with Michio Ito, a Japanese dancer who performed in William Butler Yeats’s At the Hawk’s Well, and Katue Kitasono, a Japanese avant-garde poet and artist, whose correspondence with Pound is a valuable record of cross-cultural rapport. Nor should we forget that Pound had inspiration for his Metro poem from an episode about his friend’s friend, a Japanese naval officer who composed a haiku poem extempore; or that through their mutual acquaintance Pound was asked by Mary Fenollosa to complete Ernest Fenollosa’s translation of Noh and classical Chinese poetry. Pound’s works often reflect these real-life examples of his friendship. The Cantos, for example, is interspersed with episodes and memories of his friends, such as of T. S. Eliot remarking, “I am afraid of the life after death,” when he and Pound visited Excideuil in Southern France (Canto XXIX), or of Yeats, recalled composing his poem about “a great peacock/ in the proide of his oyyee” at Stone Cottage (Canto LXXXIII). Yet references to friendship in The Cantos are not limited to those about Pound’s personal friends. Friendship is often mentioned in the light of Confucianism, together with other Confucian concepts such as “sincerity” (Canto XCIX). Friendship, in another context, can mean accords and alliances between monarchs and nations, a topic in international politics in which Pound showed keen interest.

The EPIC committee invites proposals for papers addressing the conference theme or any other pertinent Poundian topic, including Pound and Japan. The committee especially encourages proposals on the manifestation of friendship in Pound’s work and life, as well as any aspects of Pound and Japan, in particular, including those related to Japanese history, literature, art, music, politics, and philosophy, as well as Pound’s impact on Japanese writers and artists. Proposals may interpret the conference theme in specific or broad terms, relating to Pound and his poetry, prose, translations, textual analysis, biography, comparative studies, literary or political influence, letters, or historical matters. Close readings of poems, essays, and Cantos, as well as comparative readings of the works of Pound’s friends, are also welcome. Proposals from postgraduate and younger scholars are particularly encouraged. Furthermore, the committee invites proposals for full panels from 3-4 contributors. As always, the committee will gladly consider proposals on any or all dimensions of Pound.

If you wish not to propose a paper but do wish to receive Registration Information and Conference Details, please contact the Secretary, John Gery at This email address is being protected from spambots. You need JavaScript enabled to view it..

To study with the white wings of time passing

is not that our delight

to have friends come from far countries

is not that pleasure

nor to care that we are untrumpeted?

filial, fraternal affection is the root of humaneness

the root of the process

There are five relativities: state, family and friendship,

Dolt, clear musician; the precise man and the clumsy.

The Spirit of Friendship: The Creation of Ezra Pound’s “Planh”

Hauptmann and Pound: The Sunken Bell and “The Summons”

2B. Pound and Basil Bunting

The Resonant Poetics: Hojoki and Basil Bunting’s “Chomei at Toyama”

3A. Pound in Print, Pound Edited

“She really adores him from afar”: A Close Reading of Pound’s Third Folio

Pound, Scheiwiller and the Brahmans

On Editing Pound’s “Cantos”: A Synopsis

3B. Pound, Kitasono, and Japanese Friends

From Clarity of Imaginative Vision to “transfusion of blood”: Translation and Avant-garde Poetics in Pound, Kitasono and the De Campos Brothers

4A. Pound’s Modernist Friends II: Gaudier-Brzeska, the Dadaists, and Joyce

“Epistemology of the ferox”: On the Wildness of Pound’s Parisian Years

Pound and Joyce: “Making it new” through Friendship and Language

4B. Pound on Friendship

Pound and the Notion of the Philosopher-King

Ezra Pound, Carl Schmitt and the Politics of Friendship

Anglo-American Poetry Pre-Pound to Post-Pound: How Circles of Friends Changed Everything

Thinking about View from the Stork Building Two Years Later

Chinese “Variations” in Kentucky: Survant’s Project in View from the Stork Building

5B. Pound among the Philosophers: Ascetic, Nihilistic, and Asemic EP

Pound, Heidegger, and Arendt: Ascetic Origins of The Pisan Cantos

Chengru He, University of Utah

Ezra Pound, Asemic Writing, and the Globalization of Language

Translation as Medium of Transductive Friendship: Yeats and Pound’s Collaboration via the Fenollosa-Pound Connection

“Like Milton + Donne!”: Chinese Literary History According to the Ernest Fenollosa Notebooks

Demonstration of the Making of a Noh Mask

The Manuscript of Ezra Pound's Translation of Shih-Ching by Confucius

Making Ol’ Ez New: The Rediscovery and Reception of Ezra Pound in Turkey

7B. Pound’s Younger Friends among the Avant-Garde

8A. Readings in The Pisan Cantos

8B. Pound and Women: Friends, Figures, and Family

Ezra Pound and His Female Friends: From Hilda Doolittle to Iris Barry

The Feminine Other in Ezra Pound’s Poetry

9A. The Poetics of the Late Cantos

“No Time, No Books, No Friends”: Ezra Pound on the Gift of Friendship

The Lifelong Dialogue Between Eliot and Pound

“We’ll see how the club furnishing holds out”: Ezra Pound and Ernest Hemingway in Canto 40

From the New Age to the Zoom Age: Teaching Pound with Digital Technology

11. “Old Friends the Most”: Pound, Correspondences, and Friendship

H. L. Mencken’s Advice to EP: “You made your great mistake when you abandoned the poetry business”

Certitude in the Friendships of Ezra Pound

A Lecture by a Noh Master