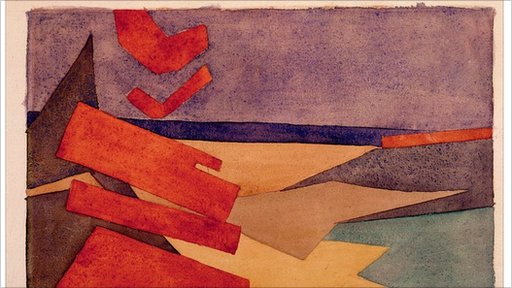 The Ezra Pound Society panel at the BLAST  conference

POUND, BLAST AND THE AESTHETICS OF VORTICISM

The present panel proposes to explore Ezra Pound’s involvement in Blast and Vorticism, departing from the well-trodden paths. Mihalka’s presentation focuses on the roots of Pound’s involvement in Lewis’s circle by drawing on the neglected links between Pound's Vorticism and Japanese painting. Allaster follows a contemporary application of Vorticism in a key poem Pound wrote in 1914, Near Perigord. Preda follows the aftermath of Blast and Pound’s effort to keep the flame of Vorticism alive in the aesthetic decisions he took in The Cantos.

Ezra Pound's Vorticism was widely perceived as being at odds with that of his fellow artists, including Lewis, Epstein, Wadsworth, or Gaudier-Brzeska. Even though Pound attempted to bridge the gap between the sister arts by offering a common ground for all branches of art, his self-proclaimed intellectual and artistic ancestry seemed markedly anachronistic and thus incompatible with that of his fellow Vorticists. One of the reasons for this may lie in Pound's contemporaneous preoccupation with Japanese art. As Japanese prints and paintings had a transformative impact on 19th-century Impressionist painting a few decades before Pound set out to rejuvenate English poetry with the help of Japanese literature, his forerunners tended to be already outmoded by the time he set them as examples. My talk will concentrate on the time rift between Japonism in the visual arts and in literature and its implications on the kind of Vorticism Pound envisioned.

The Borrowed Lady: Vorticism and the Evolution of the Luminous Detail in Ezra Pound’s American Renaissance

When Ezra Pound wrote in Blast, “All experience rushes into this vortex. All the energized past, all the past that is living and worthy to live. All MOMENTUM, which is the past bearing upon us, RACE, RACE-MEMORY instinct charging the PLACID” (153), he was appealing to a line of thinking that had been a part of his work since at least his 1907 poem “Histrion.” The idea of a transcendental historic and creative latent memory, what he calls in Blast “the energized past,” was first fully articulated in the underappreciated essay series “I gather the Limbs of Osiris,” which was published in The New Age over 12 issues in 1911-1912, as the “New Method” of the “Luminous Detail” (130). This paper traces the evolution of the concept of the “Luminous Detail” into Pound’s articulations of Vorticism in Blast, “Vorticism,” and “The Renaissance: I-III,” and argues that the concept of the “Luminous Detail” is foundational to Pound’s concept of Vorticism. Furthermore, this paper offers a reading of Pound’s poem “Near Perigord,” asserting that it is a metapoetic enactment of Pound’s concepts of a “Vortex” and “American Renaissance” which involve the selective imitation of certain disparate parts of Pound’s own personally chosen literary and historical canon (Vortisicm, 278). The borrowed pieces of the women in Bertran’s canzone can thus be read as the borrowed pieces of poetry, which Pound attempts to subsume as “primary pigment” (Blast 153; Renaissance 1, 285) into his “palette,” from which he asserts that “good” poetry should be painted in his 1915 essay “The Renaissance: I—The Palette” (228).Furthermore, the borrowed lady also represents a stratagem on the part of Pound (in the same way he reads in Bertran), which subjugates the best parts of the poetic canon as chosen by Pound, while obfuscating the rest. Thus, Pound’s theories of selective appropriation and imitation in relation to Vorticism can be read as a frame through which he attempts to both draw attention to his literary work and assert its artistic and aesthetic values; however, this framing process only highlights the lack of ontological surety of meaning and value contained within the frame.

Ezra Pound’s Eleven New Cantos and the Aesthetics of Vorticism

The presentation starts from the premise of a sea change in Pound’s work born out of a sense of crisis primarily caused by W. Lewis’s violent attack in Time and the Western Man (1927). Though Pound’s response was never spoken out loud, the course that his work started to take after that date looked like a going back and revaluation of the beginnings of his career as a modernist. More specifically, he went back to his roots to develop the unfinished projects of his most fruitful London period: Vorticism (cut off by WWI); ideogram (notoriously difficult to publish and still obscure) and Social credit (interrupted by A. R. Orage’s leaving London). Pound picks up the three strands of Vorticist aesthetics as they appeared in Blast, Lewis’s, Gaudier’s and his own and uses them in the fashioning of the new cycle. The presentation argues that Eleven New Cantos (1934) are the most thorough elaboration of Vorticist aesthetics in poetry, a synthesis of theories that in Blast had appeared disparate und uncoordinated.