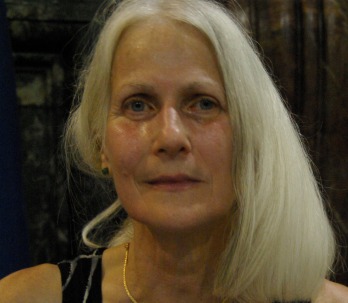 Margaret Fisher, Ph.D., is author of Ezra Pound’s Radio Operas: The BBC Experiments, 1931–1933 (MIT Press, 2002), a dramatic analysis of the operas as prepared specifically for radio. The book contains the original BBC script for the 1931 broadcast of Le Testament. Fisher introduces Pound’s music to a general audience with an extensive essay written for the companion booklet to the audio CD, Ego Scriptor Cantilenae, produced by Other Minds San Francisco. She and Robert Hughes are editors of The Music of Ezra Pound, a five-part series that includes performance editions of Pound’s musical oeuvre. Her study of Pound’s unfinished third opera, Collis O Heliconii, includes a perfor­mance edition of excerpts reconstituted from drafts of the work’s two principal numbers (Second Evening Art, 2004). In 2013 she published two e-books, The Echo of Villon in Ezra Pound’s Music and Poetry and The Transparency of Ezra Pound’s Great Bass.

A Fellow of the American Academy in Rome, Fisher has lectured and written on Italian radio and Futurist radio from 1924 to 1945. She translated Pino Masnata’s unpublished gloss on Futurist radio, Radia: A Gloss of the 1933 Futurist Radio Manifesto. As a dancer, chore­ographer and director, Fisher received a Fulbright-Hays research award to Italy, and numerous fel­lowships from the NEA, the Japan–US Friendship Commission and the California Arts Council. She has taught for the Department of Theater, Dance, and Performance Studies, at the University of California, Berkeley, where she re­ceived her doctoral degree. She is currently editing the journals of the American painter, Sandra Fisher Kitaj.