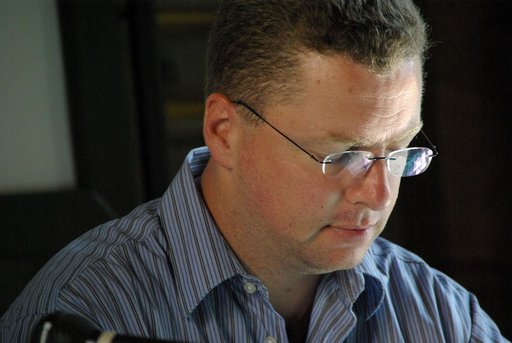 2 John Scottus Eriugena: the Meeting of Athens and Rome in Gaul 51

3 The Missing Book of the Trilogy 113

4 The Poetics of Exile: Laon to Changsha 207

A Francesco Fiorentino at Brunnenburg: An Annotated Transcription of Pound’s Reading in Eriugena 259

Index of Works by Pound 288

Index of Works by Eriugena 289

Let me begin (full disclosure) by confirming what I wrote when I was sent the proofs of Mark Byron’s Ezra Pound’s Eriugena toward providing a cover blurb: The book constitutes “a remarkable piece of scholarship that fills a crucial gap in Pound studies: why did Pound choose a now obscure ninth-century philosopher as the prospective basis for the Paradise section of The Cantos? Byron’s book addresses both the theoretical and the archival elements of the answer to that question with consummate intelligence and expertise, and like many of Pound’s best commentators exhibits as much insightfulness about the object of Pound’s curiosity as about Pound himself. I highly recommend it.”

Byron comes equipped for his job. An accomplished scholar of Pound and modernist textual practice, while a Cambridge Ph.D. student he sat in on the great medievalist Peter Dronke’s seminar on Eriugena’s Periphyseon, and he has since steadily expanded his grasp of medieval poetry and philosophy. All this is evident in his book’s second chapter, which focuses on “Eriugina’s intellectual and historical milieu, his patronage in the court of Charles the Bald, the controversies in which he was enlisted and implicated, and the means by which his work survived and was subsequently transmitted” (51).  Byron relays for his Poundian readers a sense of the “rapid gains” scholars have made in Eriugena scholarship over the last generation (52), a token of which inheres in the complicated story (19) of how the accepted English spelling of the philosopher’s name came to change late in Pound’s career from Erigena to Eriugena. More to the point he establishes fascinating affinities between the material nature of Eriugena’s texts and Pound’s “interlinguistic puns and comedic set-pieces” (82), his “use of ideograms, epistolary material, poetic space, annotation, and the splicing of historical documents and other texts into his poetry” (52).

The core of the book, though, has to do with what Pound made of Eriugena’s philosophy. Byron is at his imaginative best when he demonstrates how Eriugena’s early participation in the Predestination controversy sharpened the philosopher’s understanding of the way reason allows us to read scripture as poetic allegory, thereby giving Pound’s fixation on Eriugena’s  “Authority comes from right reason, / never the other way on” (C36/179) an interesting twist. He is equally good (though he might have said more about Dante’s mediation) on more familiar matters, such as Pound’s affirmation of Eriugena’s deployment of light as an expression of theophany and his concomitant interest in Eriugena’s translation and commentary on The Celestial Hierarchy of Pseudo-Dionysus (a lynchpin text in the fusion of Neoplatonic and patristic thought, authored not as originally believed by the Areopagite himself but by an anonymous fifth- or sixth-century follower of Proclus). Byron might have said more about the central significance of Eriugena’s Neoplatonic myth of fall and return to Pound’s presentation of paradise, but he is outstanding on teasing out how Pound’s staging of Eriugena in his wartime drafts echoes the way Eriugena’s own poems frame “the role of Charles as benevolent ruler facing hostilities and warfare” and then figure the disorder of a “king at risk from malevolent forces both internal and external to his kingdom” as “an attack on reason” itself (104).

Byron is not the first to point out that Pound’s assimilation of Eriugena encompassed two distinct phases -- the first (1928-39) conducted at second hand through Pound’s reading of various editions of Francesco Fiorentino’s history of philosophy; and the second (1939-40) the result of Pound’s whirlwind gallop through Eriugena’s Latin works as collected in the 1200-page double-column edition that constitutes Volume 122 of Migne’s Patralogia Latina. Surpassing previous scholars, however, Byron’s book-length presentation supplies the hard evidence of Pound’s Eriugena notes themselves: a transcription of Pound’s underlinings and marginalia in his copies of Fiorentino, and full transcriptions of and commentary on the two freewheeling sets of notes Pound made as he raced through the Migne volume twice -- first on a visit to the Biblioteca Marciana in Venice and then after he was able to obtain a copy back in Rapallo. Both sets are filled with cryptic allusions to Cavalcanti; the second also contains some of Pound’s earliest poetic formulations of the Cantos’ paradise.

As one of a small company of unfortunates whose work has imposed a first-hand encounter with the obscurity of these materials,1 I applaud Byron’s courage but confess that I do not always concur with his transcriptions of Pound’s enormously compressed, allusive and almost illegible jottings. Nevertheless I wish to affirm the value of his efforts and the excellence of his annotations. Because Pound’s notes record page numbers in Migne, it is possible to identify what he is reading as he sets down his abbreviated citations and reflections. Byron has done this and more. With a honed instinct and what can only be called Herculean labor he has also transcribed and translated the most relevant passages of a Latin that in some cases has never been properly edited in English, has identified these passages’ local and global contexts in Eriugena’s writing, has parsed the philosophical nuances of key terms, and with what space and energy remained has made a stab at connecting the passages to Pound’s racing flights of fancy. To anyone who has doubted the reach of Pound’s Latin or his grasp of philosophical nuance, the evidence Byron presents will come as a revelation.

Textual Ontogeny and the Understanding of Modernist Texts, a monograph-length study of modernist textual and archival complexity, in the contexts of editorial theory and cutting edge editorial methods (especially electronic editing)