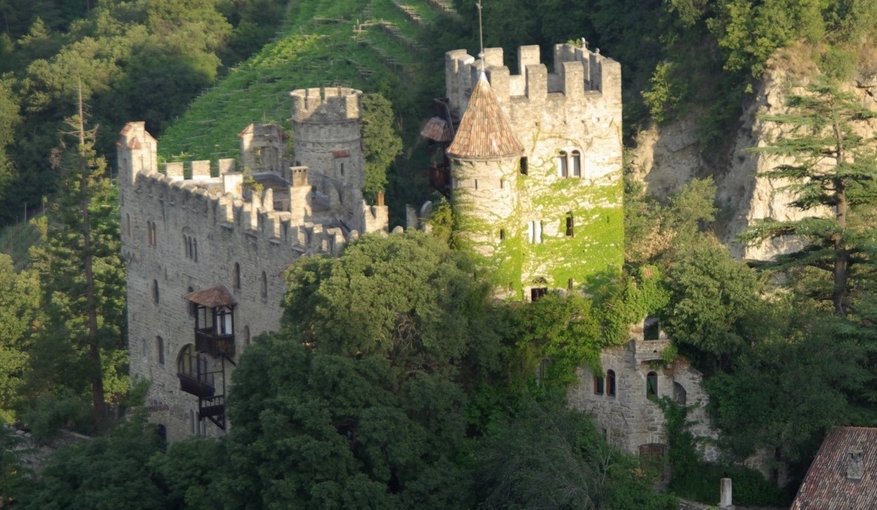 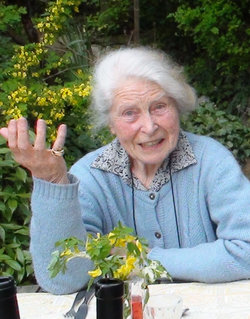 Desmond Egan, 2015. (Reproduced by permission of the author.)

Born July 9, 1925, in Bressanone, Italy, to Ezra Pound and the violinist Olga Rudge, Mary de Rachewiltz was raised in the South Tyrol by a peasant couple. Her first language was the Tyrolese dialect of German spoken by her adoptive parents, but she honed her linguistic skills with the Italian and French taught to her in school and by the English spoken by her natural parents. Under her father’s guidance, she translated one chapter from Frobenius’s Erlebte Erdteile and excerpts from ‘Noh’ or Accomplishment by Ernest Fenellosa and Ezra Pound; these were published in 1942.

She married Boris de Rachewiltz, an Egyptologist of noble lineage age, in 1946. Two children, Sigifredo Walter and Patrizia, followed in 1947 and 1950.  Her time since then has been occupied with raising their family, restoring their residence, Brunnenburg, a medieval castle near Merano, and studying and translating the works of her father.

Mrs. de Rachewiltz is Curator, Beinecke Rare Book Room and Manuscript Library, Yale University. She was a fellow at the Radcliffe Institute from 1973 to 1975 and has since given lectures at many colleges and universities in the United States. Although she was born and has lived in Italy all her life, she holds American citizenship. From January to March 1987, Mary de Rachewiltz served as the first Canaday Fellow at the University of Toledo.

Henry Regnery. A Daughter of the Poet

Translations of Works by Ezra Pound 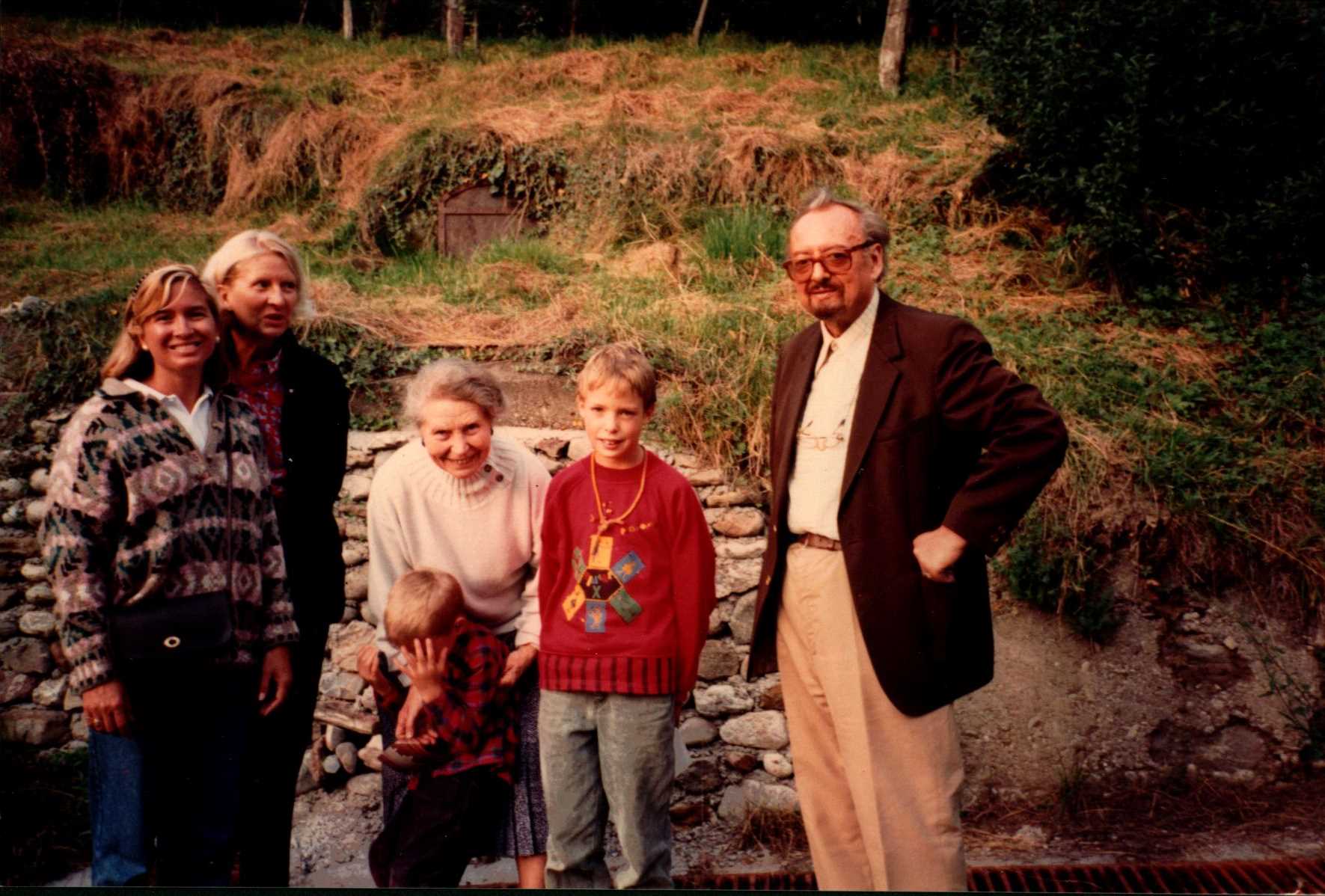 Mary and Boris de Rachewiltz with grandsons Michael and Nick. Anne Conover and her daughter on the left. (Courtesy of Anne Conover, 1992, 2016). 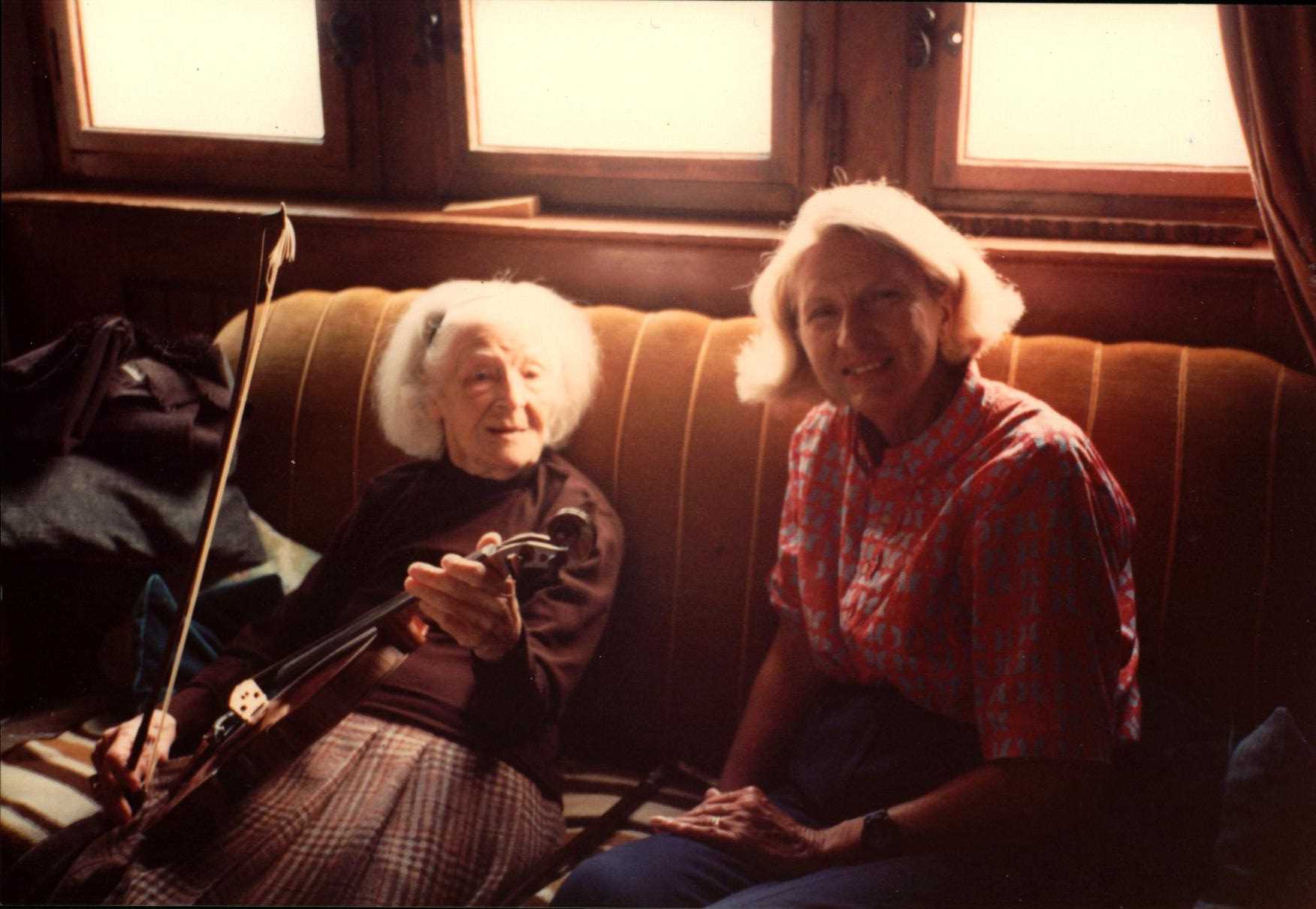 The University of New Orleans is pleased to offer the rare opportunity to take Poetry-Writing Workshops and seminars on The Poetry of Ezra Pound, one of the 20th Century's most influential, innovative and controversial poets. The program is held at Brunnenburg, the northern Italian castle that served as Pound's residence during his later years and is currently the home of his daughter, Mary de Rachewiltz, and her son, Dr. Siegfried de Rachewiltz. 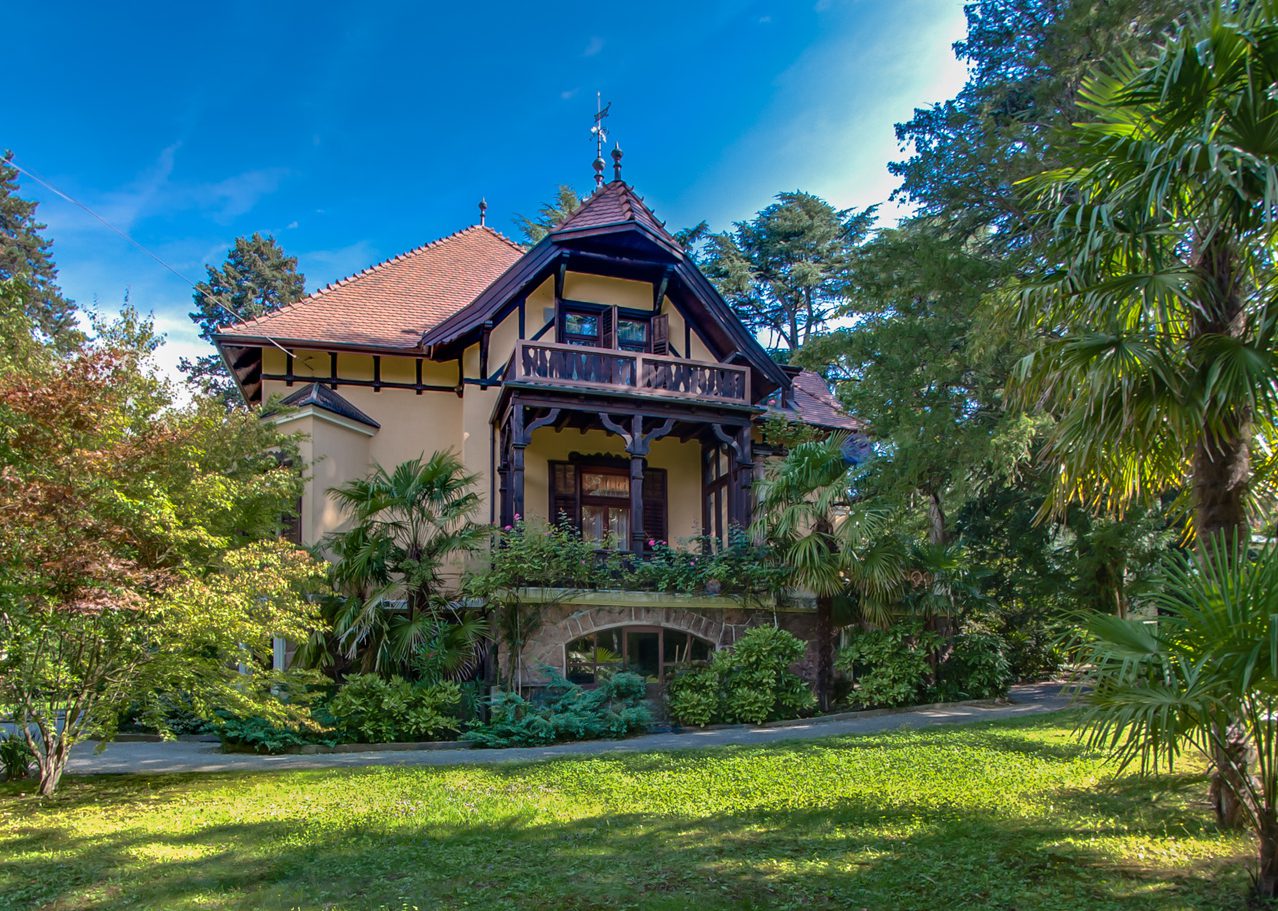 The Ezra Pound Research Center focuses on the edition of and research into Ezra Pound's literary work, fosters the critical analysis of the poet's œuvre and promotes its understanding.
The Research Center carries out editorial projects which make available the poet's literary legacy and complement the corpus of already existing text-critical editions and translations; initiates and takes part in research projects directly linked to the poet's literary work; organizes readings, colloquia, work-shops and conferences and thus serves as an international collaboration forum for Pound scholars and as a training center for young researchers; makes the results of its activity available to the public through digital media as well as through its own publication series, which publishes the poet's texts, including translations thereof, as well as selected studies on his literary work; assigns and acts as an intermediary for scholarships or study grants for research stays dedicated to studying Pound's writings; takes part in the acquisition, cataloguing and archiving of the poet's literary legacy.