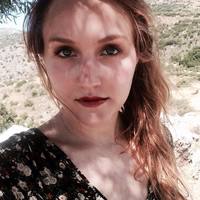 THE RETURN OF “QUANTITATIVE METER”

Through the bewildering array of aesthetic theories and literary movements that Ezra Pound would adopt and discard over the course of his life, he maintained a steadfast belief that English verse could be reborn in the twentieth century by incorporating the meters of ancient Greek and Latin. In “A Retrospect” of 1917, Pound declared that “the desire for vers libre is due to the sense of quantity reasserting itself after years of starvation.”1  Because Pound never cared to defi ne what “quantity”  might mean in English verse, these statements are vague; but Pound took them seriously, bristling against criticism that his verse might not be metrical. In 1922, when Felix E. Schelling described Pound as a “confirmed devotee of vers libre” in a complimentary review of Homage to Sextus Propertius, Pound wrote a letter to Schelling in response, explaining where the reviewer was in error.2 Pound argued that Schelling had fundamentally misunderstood his poetic forms, which were a “search for the quantitative element in English, for liberty of the musician.”3  As the decades passed, Pound became more insistent on the primacy of meter in poetic technique. In 1938, he